Event: Appointed by Mr. Yuan Xue, CTO of GDU Technology, Mr. Hairui Wang brought the S400 rotorcraft to carry out the hovering thrust experiment of the rotor in the simulated environment of Mars in Harbin Institute of Technology. The experimental results show that in the low pressure environment of 1350 Pa with the equivalent Martian atmospheric density, the thrust generated by the rotor of the S400 rotorcraft is greatly reduced. Experimental tests of the plain blade and the plateau blade were carried out respectively. In the experiment, it was found that the generated thrust of the plateau blade under the Martian pressure is slightly higher than that of the plain blade. 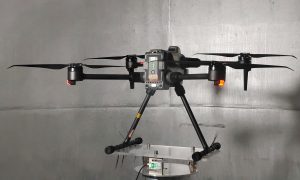